Kulebiak is a delicious regional dish made of yeast dough filled with sauerkraut and dried mushrooms (or other fillings), traditionally served on Christmas Eve in eastern Poland.

The Kulebiak pie has a long and rich history, with many stories about its origin. One of them says that the pie was invented in the 19th century by Natalia Kicka, the wife of General Ludwik Kicki, who distinguished himself in many battles for Poland’s freedom. General Kicka’s meat Kulebiak was prepared for special occasions and guests using products from local farms. Now known as “General Kicka’s Kulebiak,” this famous dish has become a landmark of the Lublin region and is on the list of traditional Polish products managed by the Polish Ministry of Agriculture and Rural Development, whose quality or unique features result from the use of traditional production methods. 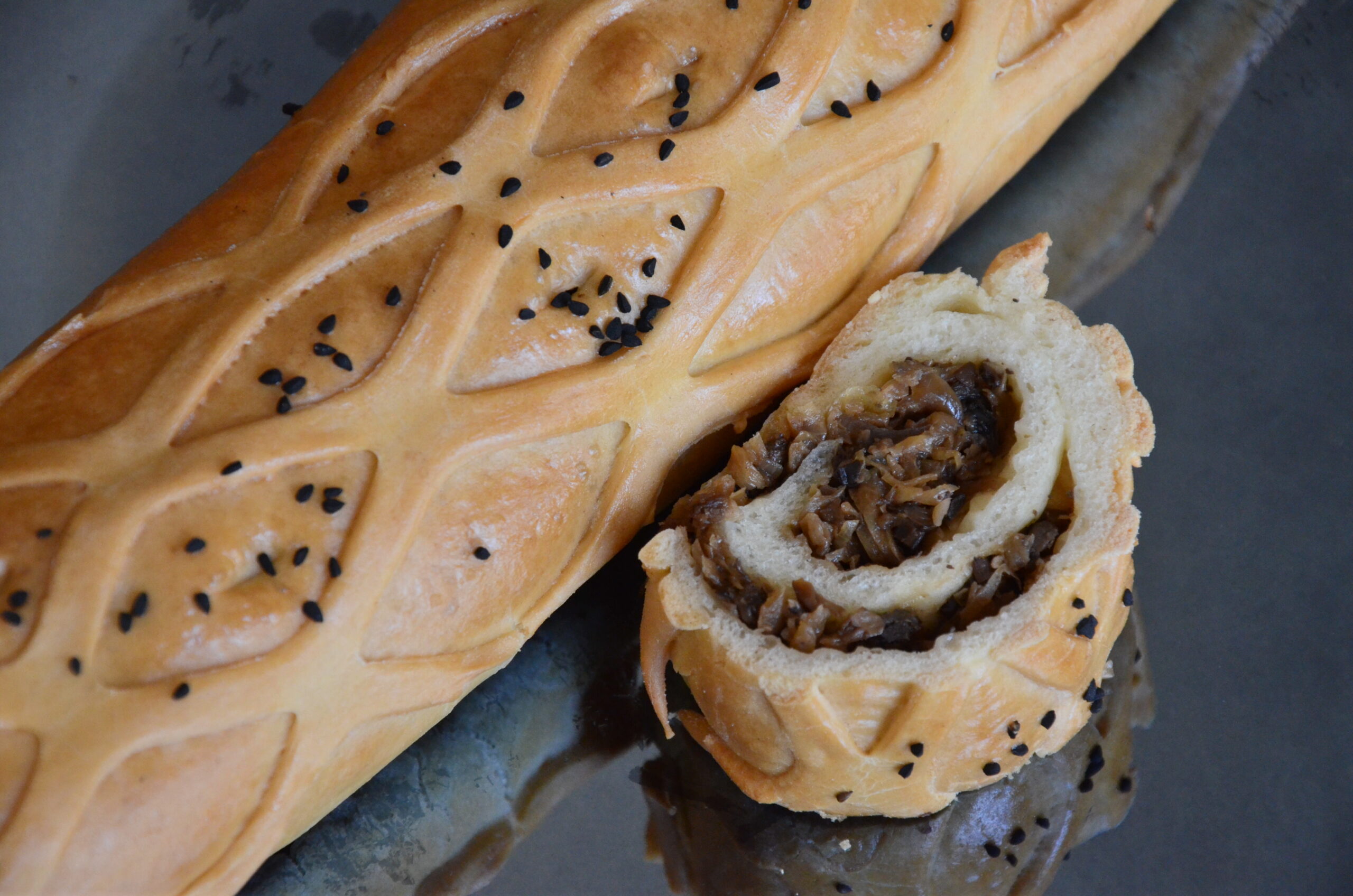