Prekmurska Gibanica is a delicacy amongst desserts and a showpiece of Slovenian national cuisine. The name of this old festive and ceremonial dish from Prekmurje had been derived from the word güba (Slovene: fold); the dish itself had become a tradition in the region along the Mura river far back in history. However, the original Prekmurska Gibanica differed from its present form indeed: through the centuries, new layers of fillings have been added, resulting in the dessert known today. 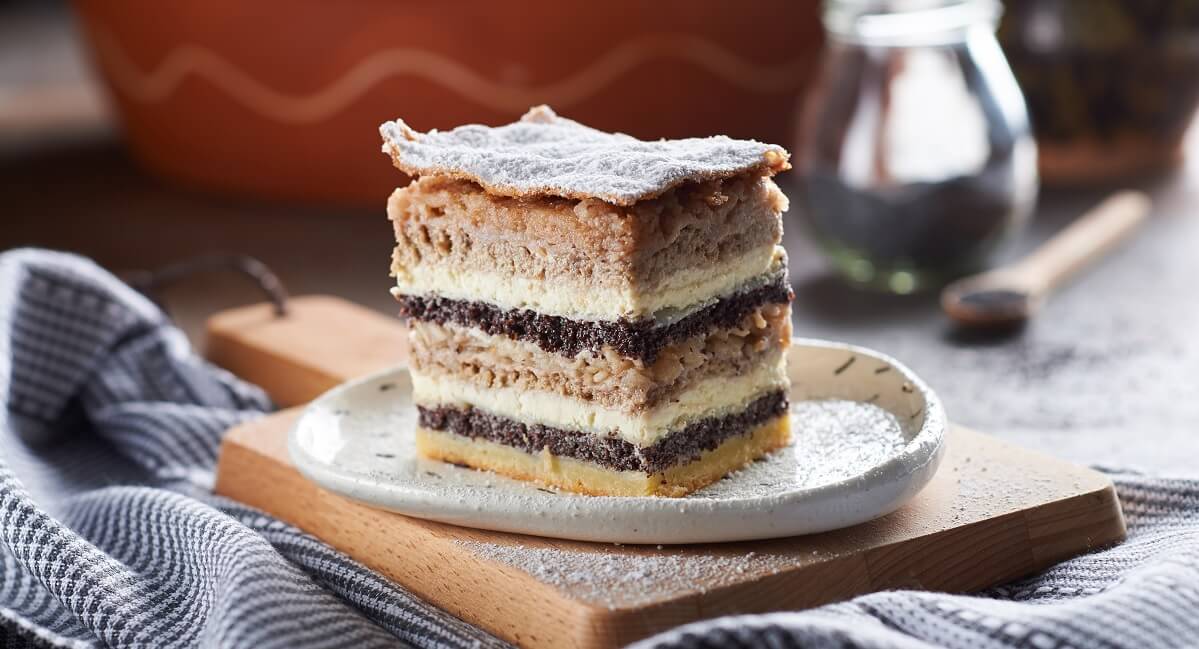