This traditional ravioli is simple enough to make from scratch, and is a perfect way to engage the whole family in the kitchen.

“This is my late mother’s recipe. It has always been an indispensable element of those holiday gatherings bringing together three to four generations in the big dining room, and equally enjoyed by all.

I still remember my mom, busy in the kitchen which was rather messy, flour on the big table, the pasta machine ready to be used and us trying to be helpful…our willingness appreciated, our assistance not really. She usually prepared them a day in advance, a kind of build-up for the upcoming feast. Next day, noon approaching, you could smell the fat chicken boiling (vegetarians, my apologies, you can eventually skip this part) in the broth of which the ravioli would be cooked for four to five minutes.

Of course, later on freezers were invented, so you could indulge making them for fewer people and keep the rest for future use. Some claim they are even better cooked from frozen; they risk less to break or stick during boiling.

We still make ravioli with my wife, Eleni (I as chef, giving advice, Eleni as the commis, doing the work). Regardless, as Proust would say (he didn’t): a glimpse of eternity.

Culinary experts say this dish has its origins in Venetian Cyprus during the Renaissance period. 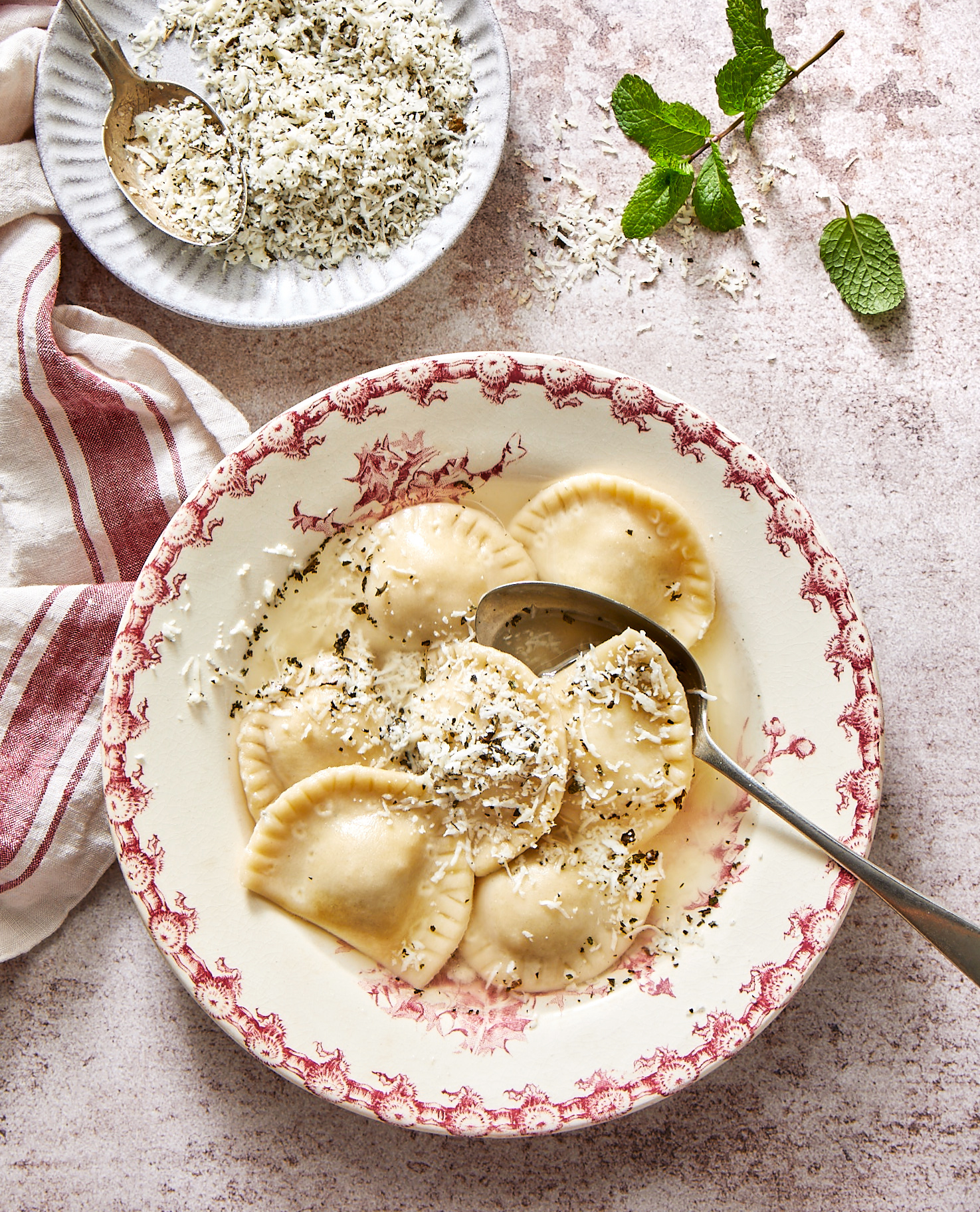